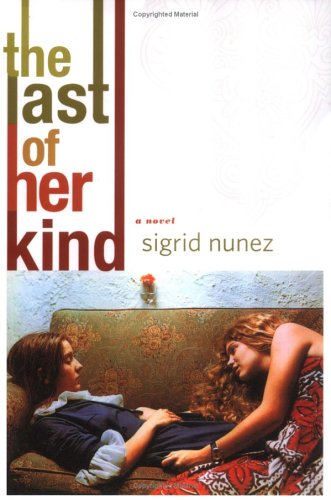 The Last of Her Kind

When Georgette George and Ann Drayton meet in 1968 as freshmen roommates at Barnard College, Georgette marvels that her privileged, brilliant roommate envies Georgette's rough, impoverished childhood. Through the vehicle of this fascinating friendship, Nunez's sophisticated new novel (after ) explores the dark side of the countercultural idealism that swept the country in the 1960s. Hyperbolic even for the times, Ann's passionate commitment to her beliefs—unwavering despite the resentment from those she tries to help—haunts Georgette, the novel's narrator, long after the women's lives diverge. In 1976, Ann lands in prison for shooting and killing a policeman in a misguided attempt to rescue her activist black boyfriend from a confrontation. The novel's generous structure also gracefully encompasses the story of Georgette's more conventional adult life in New York (she becomes a magazine editor, marries, and bears two children), plus that of Georgette's runaway junkie sister. Nunez reveals Ann's life in prison via a moving essay by one of her fellow inmates. By the end of this novel—propelled by rich, almost scholarly prose—all the parts come together to capture the violent idealism of the times while illuminating a moving truth about human nature.