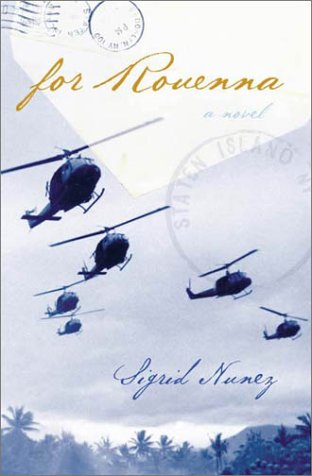 When Nunez's unnamed narrator publishes her first book, she is flooded by letters, not only from fans and detractors, but from people she once knew, however glancingly. At the start of this piercing, sophisticated third novel by Nunez (; ), the narrator reluctantly agrees to lunch with one letter writer, Rouenna, and the two strike up an odd friendship. Rouenna, an ex–Vietnam nurse, has never gotten over the war. Though she does not suffer from the "combat fatigue" she disdains, she mourns the vibrancy that the temporal and physical space of war took on: "Hardest of all would be to explain why she had been so ." Nunez's New York flaunts its multicultural glory, but even the city that shelters innumerable immigrant families and exiles from suburban America has no slot for Rouenna, whose wartime experience has rendered her incapable of everyday life. When Rouenna commits suicide (tellingly, with her father's heart medication), our narrator begins to recount her tale. The resulting fiction, which alternates between the narrator's memories of the Staten Island projects where the two women grew up, an account of the narrator's relationship with a Vietnam-era journalist, and the stories Rouenna told her about the war and its aftermath, is an exquisitely rendered mix of memory, guilt and unfinished business. The narrator's job is elegiac by nature, but the strength of this novel is its assertion of the danger of looking backwards. Nunez's insightful examination of the way collective cultural memory whitewashes the uncomfortable past is at once a memorialization of an era and a declaration of the insufficiency of memorials when the past remains very much a part of our present.