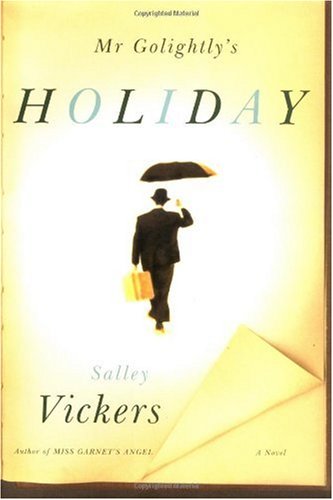 English author Vickers ( has a light hand with themes that touch on issues of faith and sin, and her tale of Mr. Golightly, taking a break from his labors in a Devonshire village to see if he can create a worthy successor to his hugely popular and influential first book, begins with wonderful promise. Mr. Golightly's real identity, as well as that of his magnum opus and his chief business rival, is hinted at with delightful delicacy; and the fact that he chooses not to create any supernormal happenings, but to deal bemusedly with the people of his creation just as they are, makes him particularly endearing. Vickers is on sure ground with her creation of the more raffish of Golightly's new neighbors, but the introduction of a ravaged widow, Ellen Thomas, moves the book into murkier psychological waters. After a while the book's good humor begins to evaporate, and there is a highly melodramatic climax, followed by a weird chapter of discussion between Golightly and his rival that is reminiscent of the conclusion of and seems quite jarringly out of place. Vickers has a delightful if occasionally overwhimsical wit and writes charmingly of nature, human and otherwise, but the book fails to live up to its highly original central conceit.