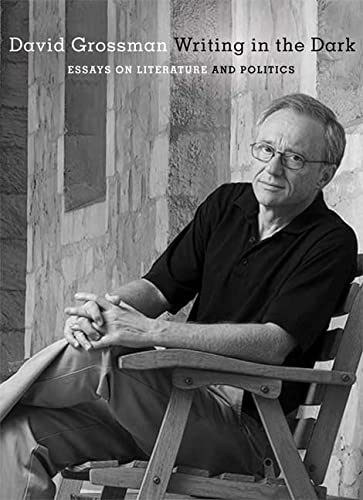 Writing in the Dark

Peace activist and vocal advocate for “relinquishing the Territories and ending the Occupation,” Israeli novelist Grossman is unafraid of controversy; these six essays, however, address these concerns more obliquely, through the lens of literature. “Books That Have Read Me” merges the young reader's discovery that “books are the place in the world where both the thing and the loss of it can be contained” with the older writer's urge “to describe contemporary political reality in a language that is not the public, general, nationalized idiom.” Grossman's passions are two—an Israel at peace with its neighbors and a citizenry restored to dignity through the individual language of literature, which “can bring us together with the fate of those who are distant and foreign.” Grossman lays claim to an “acquired naïveté” in his hopefulness; how welcome and enlightening it is.