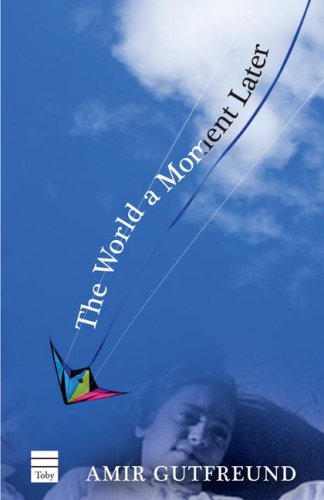 The World a Moment Later

Fact and fiction mingle fancifully in this epic, accomplished tale from Israeli novelist Gutfreund ( ). A cross-section of characters, both heroic and deeply flawed, create the modern state of Israel, from early Zionist pioneers lured to Palestine in the 1920s, through the rival founders of Israel in 1948, to soldiers fighting in the wars of 1967 and 1973, party hacks and others who witness and endure the pervasive bloodshed that attended the state's early years. The narrative revolves around Chaim Abramowitz, brought to Palestine from Europe when he was 14 by his father, who had been trying to eke out a living as a journalist. Adapting to the brutal exigencies of the new country, Chaim joins a gang and eventually makes a fortune after having bought up cheap land around the small plot left by his father. While at first fired up by the Zionist dream, Abramowitz grows embittered, attracting a motley assortment of characters whose adventures and causes serve as the narrative's engine. In a sweeping canvas, Gutfreund assesses the complex, conflicted Israeli character.