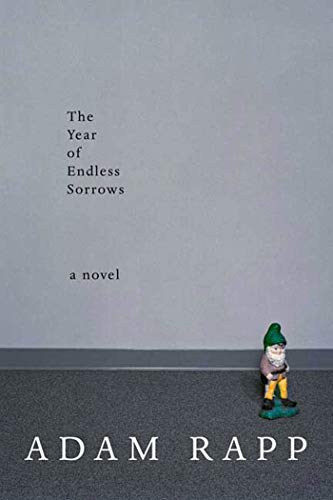 The Year of Endless Sorrows

It's the early '90s, and an unnamed Midwestern aspiring writer, recently graduated, moves into an East Village apartment with three roommates: his actor younger brother, Feick (promptly swept out of his life by artistic success); his best friend, Glenwood (a skinny, self-loathing Columbia Business School student); and Burton Loach, a vagrant type just as happy to watch the fan blades as TV. The narrator's superiors at Van Von Donnell Publishing (where he has a pittance-paying, bottom-rung job) are waspy, shallow, depraved, and smugly articulate. In short chapters, YA novelist ( ) and playwright ( ) Rapp lets the office satire rip, particularly of the boss with a predilection for farting (who takes a shine to him as prospective son-in-law material) and the children's book illustrator who delivers personalized erotic portraits on napkins to co-workers. In between novel writing, calls home to his frenzied mother and attractions to Ivy League office girls (as well as the physically flawless but destructive boss's daughter), he falls for aspiring actress Basha, a Polish émigré he has seen twice on the subway platform before running into her a third fateful time. This sweet, stagy never departs familiar territory, but it has lots of winning set pieces.