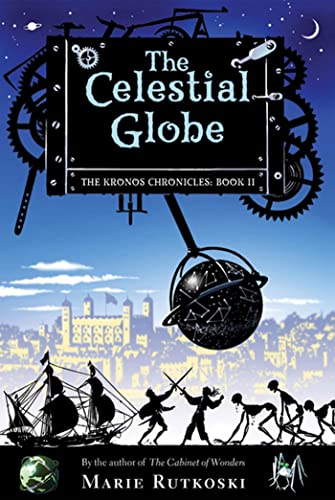 This stellar sequel to surpasses its predecessor by navigating the intelligent fantasy adventure outside 16th-century Bohemia and deepening the scope of its magic. After an attack, feisty 13-year-old Petra's mind connection to British spy John Dee enables him to rescue her to London through a “Loophole” that allows instant time-space travel. Another Loophole casts two supporting players into central roles when her childhood friend and magician Tomik passes to Portugal only to be captured by Roma pirates, including Petra's friend Neel. These pirates possess one of two magical globes and are searching for the second; combined, they offer “the power to guide anyone through hundreds of Loopholes.” Their quest leads back to Petra and pits them against Bohemia's evil Prince Rodolfo and a complex web of British traitors. Using a winning combination of history and magic, Rutkoski builds on what worked in the first novel and heightens the stakes, as Petra matures under Dee's enigmatic tutelage. Strong characters and fast-paced plotting let this compelling installment stand independently, but the ending will leave readers eager for the next. Ages 10–up.