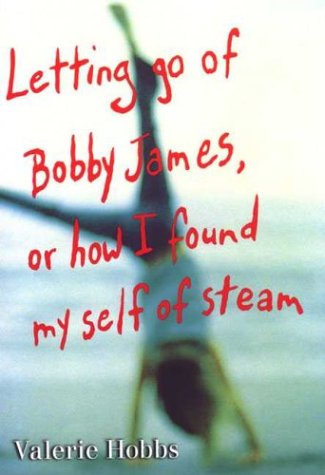 LETTING GO OF BOBBY JAMES, OR HOW I FOUND MY SELF OF STEAM

Hobbs ( ; ) creates yet another memorable heroine in Sally Jo (Jody) Walker, a recently wed 16-year-old, who is deserted by her husband while on a road trip through Florida. Miles away from her home in Purley, Tex., with just a $20 bill in her pocket and the clothes on her back, Jody sets out to start a new life in Jackson Beach. Jody's story begins as a series of letters she writes to the owner of a string of Florida convenience stores. Even through hard times, nothing—not even Hurricane Emma—can dampen the heroine's spirits enough to go running back to her abusive husband, who can be "lower than a swamp in a drought." Jody's first-person narrative, characterized by colorful colloquialisms and a no-nonsense attitude ("first in all my family to graduate eighth grade"), remains energetic as she introduces an entourage of winsome personalities, who eventually help her find a niche: Marilyn, the kindly waitress who works at the 24-hour diner where Jody washes dishes, Effaline, a pregnant runaway, whose survival instincts are not as sharply tuned as Jody's, and Dooley, the floor mopper at the cineplex—"a big little boy" who winds up a hero when he helps Jody deliver Effaline's baby. Readers will admire Jody's spunk and determination as she defeats one obstacle after another, grows increasingly independent and gains "self of steam" along the way. Ages 12-up.