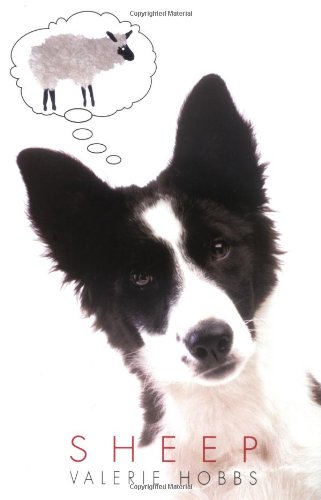 A Border collie, Jack, narrates his story of multiple homes, owners and names in this flawed outing by Hobbs ( ; ). When lightning destroys the California sheep ranch of his puppyhood, Jack is sold to a pet shop. He flees his mismatched adoptive family, then drifts from one human to another. Ever hopeful of reconnecting with the higher calling of his breed (herding sheep), Jack settles over "a good many dog years" for food and companionship. There's a happy interlude with the itinerant "Goat Man" and a hardscrabble turn with a pair of homeless thieves. Jack performs in a circus run by the brutal Billy, and falls in love with the baleful, elegant dog Tiffany. When (another) fire breaks out, Jack herds an angry elephant away from the fleeing crowd, then escapes (with Tiffany's maudlin blessing); eventually his good turn with an orphan helps Jack, too, land the perfect home—a sheep ranch. Much strains credulity here: Jack's hard times and heroics evoke not so much the likes of or , as the bathos of a Disney feature. While Hobbs captures some doggy details well (such as Jack's preoccupation with smells), stereotypical characters, the too-human narration, and Jack's unsettling habit of referring to characters by inferred names (e.g., Hollerin, Retardo), ultimately detract from the thrust of the tale. Ages 8-12.