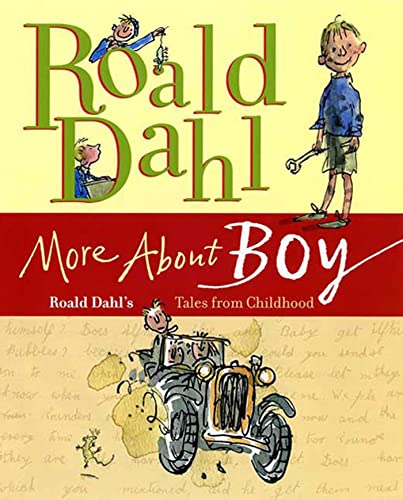 Containing the entire text and artwork from Dahl's 1984 autobiography , this reworked and expanded version also incorporates previously unpublished materials from the Roald Dahl Museum and Story Centre in England, as well as excerpts that have appeared in earlier books. From harrowing accounts of a doctor's visit to have his adenoids removed (“He spoke gently, and I was seduced by his voice. Like an ass, I opened my mouth”) to school life (including several run-ins with a cane), Dahl's revealing writing, open and full of wicked humor, is certain to endear the beloved writer known to his family as “Boy” to a new generation. Ages 10–up.