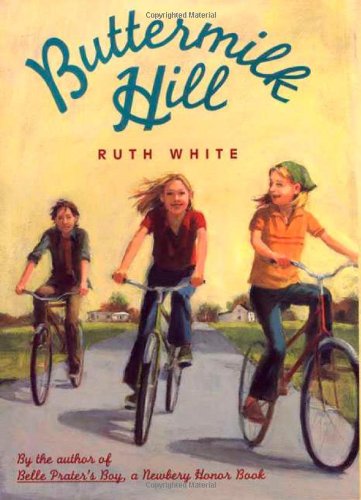 It's the mid-1970s, and small-town North Carolina is the only home 10-year-old Piper Berry has ever known. But when her parents divorce, she finds herself displaced in her own world. Her father, who works at his parents' truckstop diner, remarries—a woman with twin boys; Piper's mother (the high school–age main character in White's ) takes a job waiting tables in Charlotte, N.C., and enrolls in college. Piper turns her questions and confusion into verse—her poems punctuate the text throughout—and spends her time with her best friend and aunt, Lindy (the two are the same age). Piper's parents make every mistake in the book, telling their daughter to relay nasty messages between them, criticizing each other in her presence and withdrawing from her life. Unfortunately, this well-trod territory is presented without much of the author's characteristic insight, and some of the Southern fixtures seem overly familiar (e.g., a chain-smoking hairdresser runs the "Curl Up and Dye"). A subplot involving the parentage of Piper and Lindy's friend, Bucky, provides drama, but is not smoothly integrated into the narrative. Still, the author authentically conveys Piper's feelings of confusion and ambivalence ("I had known for a long while that our family had a crack in it, but now I knew in my heart it was all-the-way broke") and, for kids buffeted by divorce, the book may be a salve. Age 10-up.