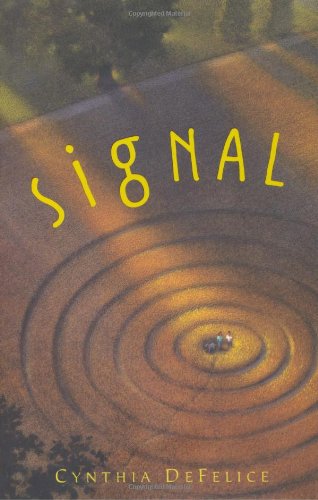 DeFelice’s compact, suspenseful novel features 12-year-old Owen McGuire during his first lonely summer in the Finger Lakes region of New York, where he and his father have just moved. He spends his days exploring the woods and deeply missing his mother, who died a year and a half earlier in a car accident, and with whom he shared a passionate belief in the possibilities of extraterrestrial life. So when he comes upon a strange girl named Cam with glittery green eyes, he is ready to believe her story of being an alien whose spaceship accidentally left without her. Swearing him to secrecy, Cam enlists his help in building a signal to direct her parents’ spaceship to her location, and tries to persuade him to leave with her. Well-drawn secondary characters create a threatening backdrop to the developing mystery, while Owen’s poignant relationship with his work-driven father elicits sympathy. The tension builds on several fronts to a gripping climax and satisfying conclusion. Owen’s likable voice, the plot’s quick pace and the science fiction overtones make this a winner. Ages 10–up.