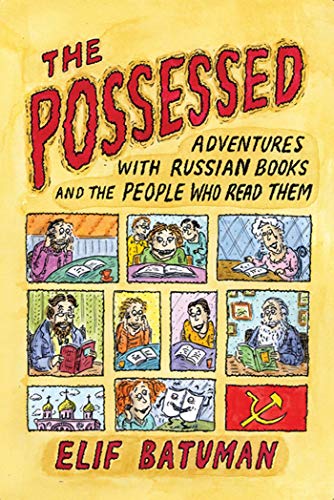 The Possessed: Adventures with Russian Books and the People Who Read Them

Life imitates art—and even literary theory—in this scintillating collection of essays. Stanford lit prof Batuman (recipient of a Rona Jaffe Foundation Writers' Award) gleans clues to the conundrums of human existence by recalling scenes from her grad-student days in academe and exotic settings like Samarkand. A Tolstoy conference sparks her investigation into the possible murder, both physical and metaphysical, of the great man. She spends a summer in Samarkand reading impenetrable works in Old Uzbek as a window into Central Asia's enigmatic present. (Her baffled précis of one legend reads in part, “Bobur had an ignorant cousin, a soldier, who wasted all his time on revenge killings and on staging fights between chicken and sheep.”) The book climaxes in a Dostoyevskian psychodrama that swirls around a magnetic grad student in the comp-lit department. Batuman is a superb storyteller with an eye for absurdist detail. Her pieces unfold like beguiling shaggy dog tales that blithely track her own misadventures into colorful exegeses of the fiction and biographies of the masters: she's the rare writer who can make the concept of “mimetic desire” vivid and personal. If you've ever felt like you're living in a Russian novel—and who hasn't?—Batuman will show you why.