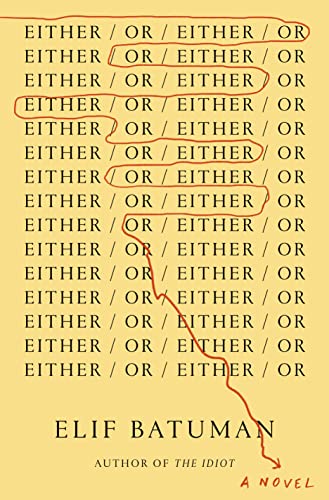 In this effervescent sequel to The Idiot, Batuman continues charting the sentimental education of Selin, a student of Russian literature at Harvard. As Selin begins her sophomore year in 1996, she’s still nursing an unrequited crush on Ivan, a Hungarian graduate student. Meanwhile, her friends Svetlana and Riley begin dating boys on campus, causing Selin to lament their perceived loss of independence (after Svetlana hooks up with the guy she’ll end up with, Selin predicts, “She would never again be what she had been, not in my life, and not in her own”). Observant, defiant, and newly on antidepressants, Selin approaches the mystery of human relations with a beginner’s naivete and sharp intelligence. At parties, in dorm rooms, and through reading French, Russian, and German literature and philosophy, she reflects on the tragic asymmetry of connections between men and women, and wonders how, exactly, “a person could live an aesthetic life.” Meanwhile, she recounts her frustrations with Proust and reverence for Fiona Apple and Lauryn Hill, and embarks on a messy series of email threads with Ivan and his ex-girlfriend. Batuman’s light touch and humor are brought to bear on serious questions, enabling the novel to move quickly between set pieces like an S&M-themed student party, poignant recollections of Selin’s parents’ divorce, and a harrowing travelogue as Selin begins a summer job in Turkey. As accomplished as The Idiot was, this improves upon it, and Batuman’s already sharp chops as a novelist come across as even more refined in these pages. Readers will be enraptured. Agent: Sarah Chalfant, Wylie Agency. (May)
close
Details