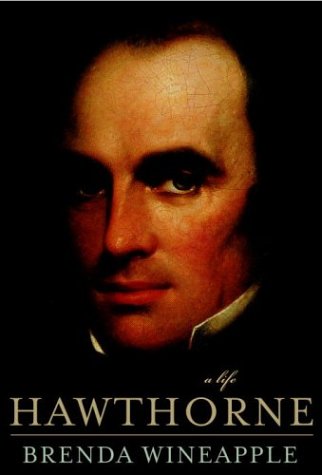 One of the great American writers of the 19th century never fully believed in his profession. For Nathaniel Hawthorne, writing was "a source of shame as much as pleasure and a necessity he could neither forgo nor entirely approve," says Wineapple (). He uprooted his family again and again, shuttling between government jobs and the solitary writing life, never fully satisfied with either. His romances were brilliant and powerful, but his own life seemed muted and melancholy. Although he had an impressive set of friends and associates during his early years in New England, he nevertheless led a strikingly reclusive existence; he was neighbors with Emerson and Thoreau in Concord, Mass., classmates with Longfellow and Franklin Pierce at Bowdoin, and a good friend to Margaret Fuller and Herman Melville, but very little is made of these relationships. His friends and associates repeatedly described Hawthorne as enigmatic, a man who loved humanity in the abstract but not in its particulars. Wineapple, too, seems mystified by Hawthorne and his life, insecure about his motives. The biography assumes a reportorial style, presenting conflicting views (of his ambiguous friendship with Melville, of his mysterious death) without putting forth any pet theories or compelling evidence to sway the reader one way or the other. The final years of his life coincided with an incredibly tumultuous period in American history, the Civil War, and Wineapple describes how Hawthorne alienated many Northerners with his proslavery views. One critic described his politics as "pure intellect, without emotion, without sympathy, without principle" and that best captures the essence of Nathaniel Hawthorne as depicted in this biography. 56 photos.