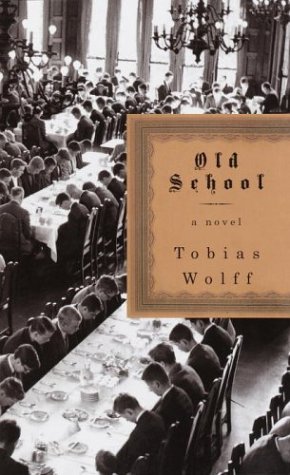 A scholarship boy at a New England prep school grapples with literary ambition and insecurity in this lucid, deceptively sedate novel, set in the early 1960s and narrated by the unnamed protagonist from the vantage point of adulthood. Each year, the school hosts a number of visiting writers, and the boys in the top form are allowed to compete for a private audience by composing a poem or story. The narrator judges the skills of his competitors, avidly exposing his classmates' weaknesses and calculating their potential ("I knew better than to write George off.... He could win.... Bill was a contender"). His own chances are hurt by his inability to be honest with himself and examine his ambivalent feelings about his Jewish roots. After failing to win audiences with Robert Frost and Ayn Rand, he is determined to be chosen by the last and best guest, legendary Ernest Hemingway. The anxiety of influence afflicts all the boys, but in crafting his final literary offering, the narrator discovers inspiration in imitation, finding his voice in someone else's. The novel's candid, retrospective narration ruefully depicts its protagonist's retreat further and further behind his public facade ("I'd been absorbed so far into my performance that nothing else came naturally"). Beneath its staid trappings, this is a sharply ironic novel, in which love of literature is counterbalanced by bitter disappointment (as one character bluntly puts it, "[Writing] just cuts you off and makes you selfish and doesn't really do any good"). Wolff, an acclaimed short story writer ( , etc.) and author of the memoir here offers a delicate, pointed meditation on the treacherous charms of art.