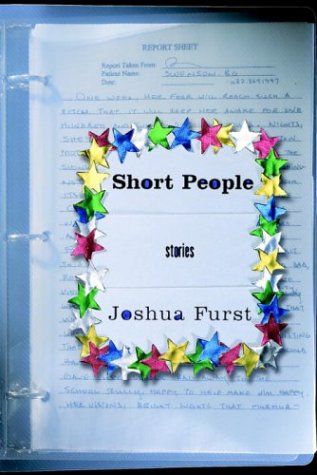 Like medical case histories put through a mangle, Furst's 10 stories are detached, distorted chronicles of the vicissitudes of childhood. Often narrated from an obtuse angle—first-person singular, future tense; first-person plural, present tense—they seem to freeze their subjects in place, stripping them of their defenses. Furst turns the literal-mindedness of childhood into a stylistic quirk, with decidedly mixed results. This tactic is on full display in "The Age of Exploration," in which two six-year-old boys while away a summer day. Any echoes of Bradbury's are soon dispelled by the plodding earnestness of the prose: "Billy would deny it, but he wishes he were as silly as Jason. Life can't be all books. You have to go out and play sometimes." Few children do play in Furst's stories, and when they do, their games turn into painful Darwinian struggles. In "Merit Badge," Evan finds himself on the wrong side of the adolescent divide at Boy Scout camp, when a treacherous friend lures him into a humiliating act and then exposes him to general ridicule. Black comedy takes center stage in "Red Lobster" when a deadbeat dad buys his kids dinner, and one of his sons takes his edict to clean his plate a bit too literally. Brief vignettes between stories give the collection extra structure. Their provenance is cleverly explained in the second-to-last story, "Failure to Thrive," in which a maternity ward nurse writes reports fantasizing about the futures of the premature infants in her charge—and decides to save them from their cruel fates, with tragic results. This is an ambitious debut, but Furst is at his best when he abandons his prosy experimentation with voice and perspective and tunnels directly into the unpretty minds of his young protagonists.