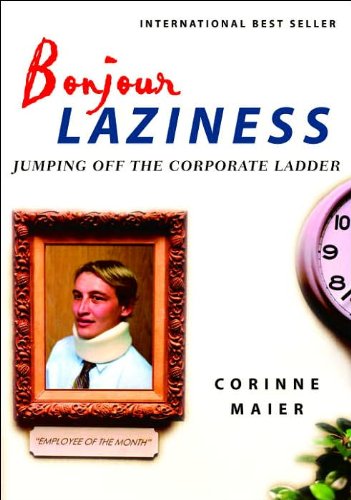 The press release explains this book's presence on our shores: 270,000 and counting sold in France; 70,000 plus in Spain; 3,000–4,000 copies a day on release in Germany; and rights sold in at least 19 other countries. is not quite an update of for the age of corporate globalism, but the intent is similar: personal satisfaction and cultural change through the sabotage of capital. Maier's passive version, whereby one disengages from one's job and floats through work minimally, is already in active practice by any number of American workers. And the set of justifications for it she offers over six chapters isn't new, whether outrage at the corporate degradation of language or ire at the planned obsolescence of workers. But it's not the familiarity of the ideas that's the problem: what's off is Maier's gently ironic sense of proposing an honorable response to big governments and businesses that have mishandled big responsibilities. While Americans argue about big government, there has never been anything comparable here to the recently decimated social welfare states Maier laments. The inert revenge that she proposes comes off as plain lack of gumption, annoyance or sour grapes. The book will do better in Canada.