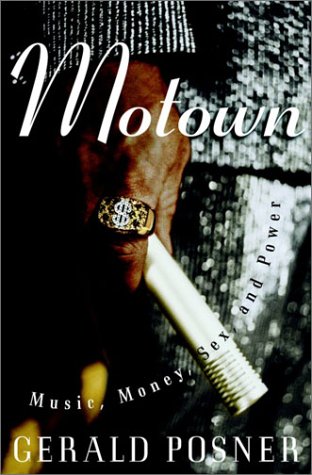 This useful but often flat history of legendary Motown Records is the first music-related work by Posner, who is best known for his books on the assassinations of John F. Kennedy () and Martin Luther King Jr. (). As in his previous works, Posner is at his strongest demonstrating his meticulous research skills, most notably scouring court archives in Detroit to reveal details of how Motown founder Berry Gordy Jr. often unfairly and unscrupulously dealt with artists whom he helped discover, like Diana Ross, Marvin Gaye, the Temptations, Smokey Robinson and Stevie Wonder. For Posner, the history of Motown is the history of Gordy, who "was a manipulator who loved stoking competitive fires," according to Marvin Gaye. The book is probably the best single compendium of stories about Gordy and his business dealings with family and friends, although many of the stories have appeared in more restrained versions in autobiographies by Gordy, Gordy's ex-wife and Ross. Posner's wealth of detail will be of immense service to future writers on Motown. But while Posner is excellent at getting all the details down about the creation of many hit recordings, his writing doesn't convey the richness of the music itself in the same way as Nelson George's did in . And while Posner shows that Motown was not a mob-run company, as has been implied in other books, his interest in investigating all of Gordy's business dealings leads him to suppositions based on depositions by ex-employees that he admits no one "was able or willing to confirm."