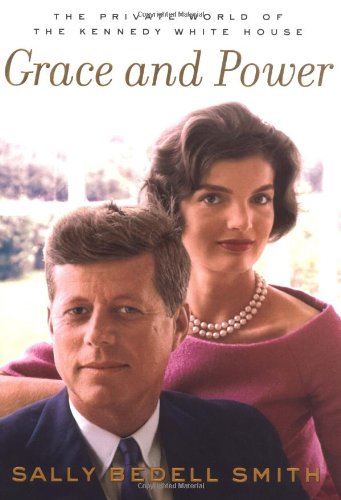 GRACE AND POWER: The Private World of the Kennedy White Hose

Smith, a contributing editor (and biographer of Princess Diana and Pamela Harriman, among others), does a workmanlike job of narrating familiar scenes from the Kennedy White House, aka Camelot. Although publicity for this volume is at pains to emphasize that Smith has interviewed "scores of Kennedy intimates, including many who have never spoken before," the few new witnesses unearthed by Smith attended the same parties, concerts and picnics as all the other sources we've heard from in previous years. So once again Smith waltzes through portraits of the Kennedys entertaining, with greatly varying degrees of success, the likes of Gore Vidal, Ben Bradlee, William Walton and JFK's frequent "squeeze" Mary Meyer. Not a few of the people who loom large in Smith's volume (Bradlee, Theodore White, Paul "Red" Fay, Vidal, Lee Radziwill, Walton, Arthur Schlesinger Jr., Dave Powers and Ken O'Donnell among them) have previously—as Smith's profuse footnotes attest—written their own accounts of the Camelot scenes in which they play. Endeavoring to interweave her somewhat redundant yet eloquently rendered social history with the political history of the Kennedy administration, Smith tends on occasion to oversimplify and understate major strategic discussions and initiatives, these being sketched much better in such books as Richard Reeves's . For those who seek yet another highly readable account of the White House milieu shaped by John and Jackie Kennedy—the place we've all gotten to know so well through the years—Smith's book does the job. 48 pages of photos not seen by . .