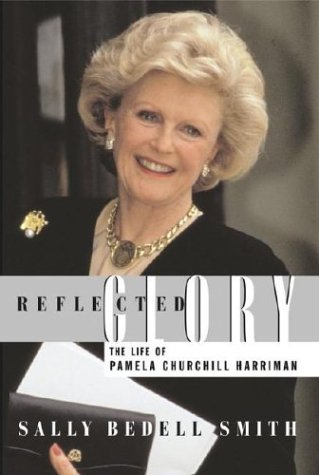 In 1994, Christopher Ogden, employed by Pamela Digby Churchill Hayward Harriman to ghost her autobiography, published Life of the Party. When she balked at exposing the spicier side of her career, he went ahead on his own, using her taped interviews, but legally he could quote nothing. Smith, another unauthorized biographer, quotes little from Harriman, written or vocal, for similar reasons, but 400 of her acquaintances cooperated, resulting in a deeply informed and revelatory study. Smith (All His Glory: The Life of William S. Paley) has done further homework in financial and court papers and in the diaries, letters and memoirs of contemporaries. Had it not been for Ogden's preemptive strike, Smith's intensely detailed biography of the least sedate of American ambassadors--British-born Pamela Harriman, now 76, represents the U.S. in Paris--would be even more explosive. Perhaps only in France, where premiers and presidents often have publicly acknowledged mistresses, would she be acceptable, even admired, as an envoy. Bedding her way to wealth and power, the resourceful red-haired beauty wed Randolph Churchill, Leland Hayward and Averell Harriman, filling in the interstices between marriages with Edward R. Murrow (her only unmoneyed lover), Gianni Agnelli, Aly Khan, Elie de Rothschild and other deep-pocketed admirers. Said one observer: ""She could make a man, not just in bed. She stretched a man's horizons."" Austerity was never her cup of tea, nor was familial loyalty to the children and grandchildren inherited from two American husbands. Her lifestyle, Smith contends, was always based on self-aggrandizement. As a former Hayward wife remarked, ""Pam Churchill thought she would marry [Fiat heir] Agnelli, so she became a Catholic on spec."" Brushing aside her reputation as grande cocotte, a French friend scoffed, ""Everyone has a past. It is who she is today that counts."" Photos not seen by PW. First serial to Vanity Fair. (Nov.)
close
Details