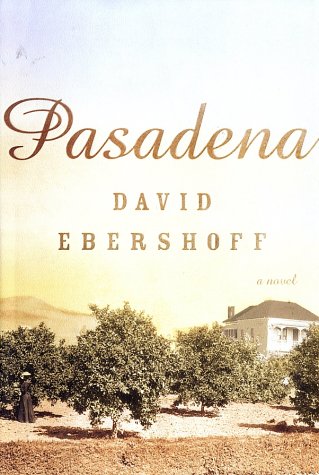 The sophomore slump strikes in Ebershoff's muddled, uneven second novel, a historical work set in his native Pasadena that gets off to a solid start when land developer Andrew Blackwood tries to buy a ranch from an older farmer named Bruder as WWII ends and big profits loom on the horizon. The recalcitrant rancher refuses to sell, but rather than follow that promising plot line, Ebershoff shifts to the beginning of the century to explore the history of the ranch. His vehicle is a complex romantic triangle involving Bruder and his boss, Willis Poore, as they vie for the affection of the beautiful Linda Stamp while the fate of the ranch hangs in the balance. Ebershoff's ongoing fascination with the details and minutiae of his various subplots—romantic and otherwise—and the Pasadena history he integrates into them slows the momentum of the romantic story line, which briefly develops some intriguing sparks after a strange incident between Bruder and Poore during WWI in which a land exchange gives Bruder the upper hand after the war even though Poore ends up marrying Stamp. As beautifully written as the subplots are, Ebershoff's inability to develop narrative tension makes them seem jumbled and static, and the resolution to the triangle is anticlimactic. Bruder and Stamp are granted some revelatory moments as their longings unfold, and Ebershoff writes eloquently about the impending changes that are about to transform Pasadena. But the triangle conceit isn't strong enough to carry a novel of this length and depth, and this book represents a significant drop-off from Ebershoff's brilliant exploration of the artistic world in .