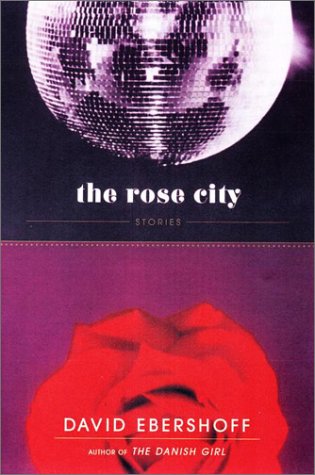 Much less idyllic than their collective title suggests, most of these seven stories have at least a tenuous connection to Pasadena, Calif. In them, Ebershoff () sketches the lives of men and boys who are gay, longing to be gay or otherwise confused about their sexual identities—although this is often the least of their worries. Most of the stories have a tragic edge, their protagonists mired in frustrations and obsessions, but Ebershoff capably draws readers into their lives. In "The Charm Bracelet," a young man on the verge of becoming a hustler is on his way home from a gay bar where he was the center of attention. He glimpses his future in an over-the-hill female prostitute on the run from an abusive relationship, but he treats her callously and is oblivious to the implications of the evening. "Regime" deals with Jon, an overweight, inexperienced gay teenager who believes he is taking control of his life by starving himself: "For the first time in my life, I have figured out how to draw a boy's interest." The insights into Jon's thought patterns are startling and disturbing, rendered with chilling precision. The title story is concerned with Roland Dott, a middle-aged, narcissistic, promiscuous snob (he was born in Pasadena and looks down on anyone who was not, referring to them as "trannies," or transplants). Far past his prime, he flirts outrageously and sadly, still dreaming of finding a happy ending with the perfect partner. Those craving inspirational or upbeat stories of queer empowerment should look elsewhere, but Ebershoff delivers a bouquet of vivid, hard-edged characters plagued by all-too-human frailties.