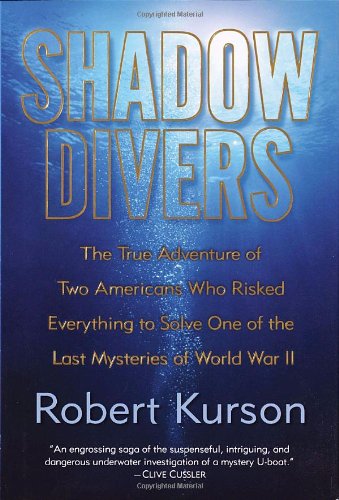 This superlative journalistic narrative tells of John Chatterton and Rich Kohler, two deep-sea wreck divers who in 1991 dove to a mysterious wreck lying at the perilous depth of 230 feet, off the coast of New Jersey. Both had a philosophy of excelling and pushing themselves to the limit; both needed all their philosophy and fitness to proceed once they had identified the wreck as a WWII U-boat. As Kurson, a writer for , narrates in this debut, the two divers next undertook a seven-year search for the U-boat's identity inside the wreck, in a multitude of archives and in a host of human memories. Along the way, Chatterton's diving cost him a marriage, and Kohler's love for his German heritage helped turn him into a serious U-boat scholar. The two lost three of their diving companions on the wreck and their mentor, Bill Nagle, to alcoholism. (Chowdhury's , from HarperPerennial in 2002, covers two of the divers' deaths.) The successful completion of their quest fills in a gap in WWII history—the fate of the Type IX U-boat U-869. Chatterton and Kohler's success satisfied them and a diminishing handful of U-boat survivors. While Kurson doesn't stint on technical detail, lovers of any sort of adventure tale will certainly absorb the author's excellent characterizations, and particularly his balance in describing the combat arm of the Third Reich. Felicitous cooperation between author and subject rings through every page of this rare insightful action narrative. If the publishers are dreaming of another , they may get their wish. . Esquire;