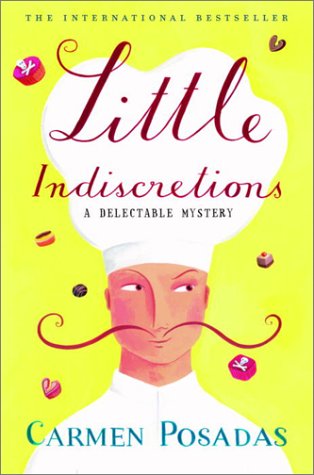 The death of a manipulative, mischievous pastry chef sets the stage for this insouciant whodunit, with its humorous and philosophical narrative voice, from Spanish author Posadas. When the frozen body of Nestor Chaffino, who had been hired to cater a party at art dealer Ernesto Teldi's Costa del Sol summer house, turns up in the kitchen "cool room" the morning of the party, the evidence, including a nonworking alarm button in the freezer, points to murder. And why was the victim clutching a scrap of paper with a fragmentary list of dessert recipes? In a series of flashbacks, the author adroitly lays out the "little indiscretions," adulterous and otherwise (recorded by the conniving Nestor in his moleskin notebook), that bind Ernesto, his wife, a naïve young Czech kitchen helper, a renegade waitress, a widowed judge and various other distinctive and unusual characters. The action proceeds with all the inevitability of a Greek tragedy to a denouement both hilarious and horrifying.