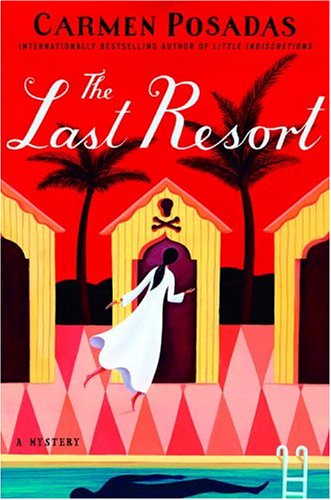 The Last Resort: A Moroccan Mystery

Secrets, lies and society scandals are just a few of the seductive delights that Posadas ( ) offers in this wonderfully entertaining novel of morals and murder, which examines how gossip—and sins of omission—can destroy lives. Rafael Molinet, a depressed gay Spaniard living in London, decides after his mother's death to end it all at L'Hirondelle d'Or, a luxurious Moroccan spa, but he defers his suicide plans after meeting Mercedes Algorta at the resort. Mercedes's philandering husband recently choked to death under suspicious circumstances, provoking a scandal similar to that surrounding the death of Molinet's unmourned father many years earlier. Though the law exonerated Molinet's mother, she suffered from gossip mongers, as does Mercedes, especially after the arrival of Antonio Sánchez López, a notorious radio personality, who spies Mercedes falling for a glamorous screenwriter. Mystery readers who enjoy sophisticated European ambience and upper-class tomfoolery will be richly rewarded.