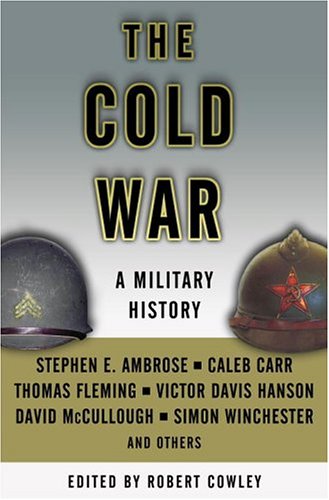 The Cold War: A Military History

The period from 1946 until the Soviet Union's collapse in 1991 is usually interpreted in ideological, political and cultural contexts. But the two dozen essays included in this anthology by Cowley (the founding editor of and the editor of two previous anthologies) show that while the superpowers may never have measured strengths on a large scale, armed encounters between them occurred regularly. Even during the Cold War's alleged waning years, the U.S. and the Soviet Union came close to the edge of nuclear exchange—without U.S. policymakers really being aware of it. Cowley's contributors, including such outstanding military historians as John Guilmartin, Victor Davis Hanson and Williamson Murray, demonstrate how the Cold War's military history was directly shaped by patterns of provocation and misunderstanding. In a general context, the controlling factor was the Soviet Union's continued inability to achieve its primary strategic objective, the conquest of Western Europe, without initiating a nuclear exchange that would destroy the U.S.S.R. Soviet plans thus became self-deterring, and ultimately self-defeating. But Cowley's selections also show that this process was neither automatic nor predictable, and his anthology is a correspondingly thought-provoking read.