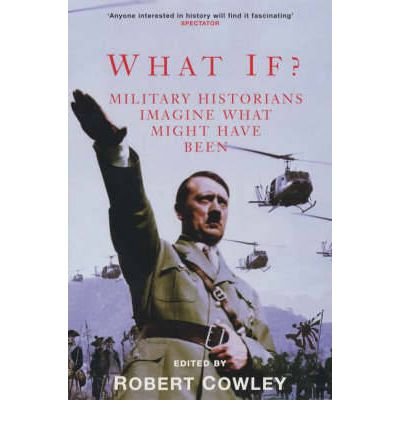 WHAT IF? 2: Eminent Historians Imagine What Might Have Been

Like its predecessor (also edited by Cowley), this is an engrossing collection of essays on counterfactual history. Each contributor examines a pivotal event, then considers the ramifications had the event come out differently. In some cases the ramifications are so monumental that their effects are more obvious than intriguing. For example, if Socrates had died in battle during the Peloponnesian War, Victor Davis Hanson suggests, democracy, Christianity and Western thought as a whole would be radically different. Similarly, had Pontius Pilate pardoned Jesus—the book's most fascinating premise—Christianity would have developed in entirely new directions, according to Carlos M.N. Eire. Other essays depend, to diminished effect, on nonevents, such as Theodore F. Cook Jr. explaining what the incredible Chinese navy would have accomplished in the Atlantic and the New World had the Ming emperors not turned inwards. Most authors, however, have teased out some incredibly tiny detail in history and demonstrated how that one stitch holds the whole fabric together. Most notably, Robert L. O'Connell explains how one bureaucrat may have kept Germany from winning WWI by hindering a program of unrestricted submarine warfare. James Bradley writes about a ragtag group of Australian soldiers during WWII who held back thousands of well-trained Japanese forces on the Kokoda Trail in New Guinea and by this Thermopylae-like action prevented the enemy from taking Port Moresby and, thus, Australia; had the defenders failed, "the entire calculus of the Pacific War" would have changed. And Robert Katz explores what would have happened had Pius XII protested the Holocaust, which he twice had a chance to do. Cowley has put together another fun book, although his introductions to each essay give away too much of the game. Illus.