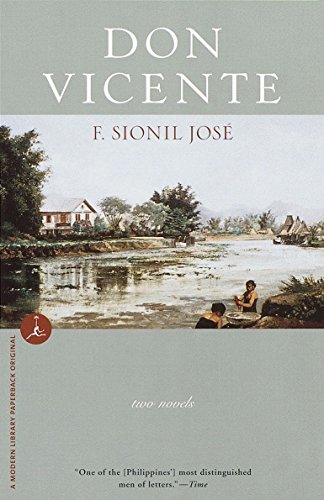 The publisher has chosen to combine two novels (Tree and My Brother, My Executioner) in this second volume of the reissued Rosales Saga by Filipino writer Jos . The two works, first published in Manila in 1924, are loosely held together by geography--both take place in the Philippines--and by the presence of Don Vincente Asperri, a rapacious feudal landlord. In the first, less interesting, section, a middle-aged man looks back on his youth as the son of the overseer for Don Vincente. Characters amble across the stage, tell their story or anecdote, then disappear: an old priest lives in abject poverty in order to save money for church renovations; a young man learns he cannot fight the establishment when he is betrayed by the very people he wants to help. The longer section deals with Luis Asperri, the illegitimate son of the ""all-powerful, all-devouring"" Don Vincente. Luis and his half-brother Victor (same mother, different fathers) choose opposing sides in a peasant uprising. Luis, though Don Vincente's heir, considers himself liberal. He writes poetry and edits a left-wing magazine, but in many ways he is as heartless as his father. At Don Vincente's insistence, in order to keep the family fortune intact, Luis marries a cousin instead of his city girlfriend, with tragic results all around. When the chips are down, he will not divest himself of his lands as his brother Victor, leader of the revolutionary Huks, demands. Jos --founding president of the Philippines PEN Center, bookseller, and editor and publisher of a literary journal--fills the story with melodramatic events (a mad woman in an attic, a deformed baby) and with heavy-handed political rhetoric, perhaps better suited to essays. As a result, both narratives seem somewhat unsophisticated. (July)
close
Details