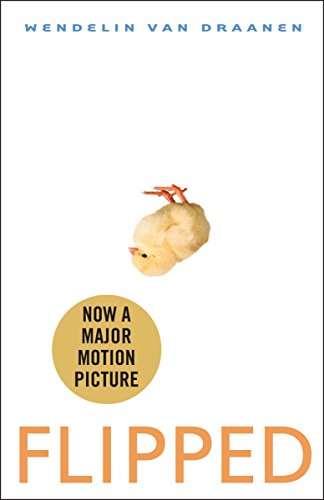 Two distinct, thoroughly likable voices emerge in Van Draanen's (the Sammy Keyes series) enticing story, relayed alternately by eighth graders Bryce and Juli. When Juli moved in across the street from Bryce, just before second grade, he found the feisty, friendly girl overwhelming and off-putting, and tried to distance himself from her—but then eighth grade rolls around. Within the framework of their complex, intermittently antagonistic and affectionate rapport, the author shapes insightful portraits of their dissimilar families. Among the most affecting supporting characters are Bryce's grandfather, who helps Juli spruce up her family's eyesore of a yard after Bryce makes an unkind remark about the property, and Juli's father, a deep-feeling artist who tries to explain to his daughter how a painting becomes more than the sum of its parts. Juli finally understands this notion after she discovers the exhilaration of sitting high in a beloved tree in her neighborhood ("The view from my sycamore was more than rooftops and clouds and wind and colors combined"). Although the relationship between Bryce's grandfather and his own family remains a bit sketchy, his growing bond with Juli is credibly and poignantly developed. A couple of coincidences are a bit convenient, but Van Draanen succeeds in presenting two entirely authentic perspectives on the same incidents without becoming repetitious. With a charismatic leading lady kids will flip over, a compelling dynamic between the two narrators and a resonant ending (including a clever double entendre on the title), this novel is a great deal larger than the sum of its parts. Ages 10-14. (.)