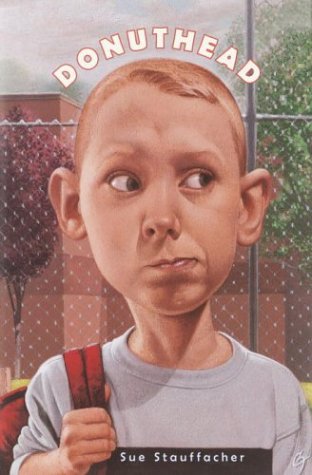 Narrator Franklin Delano Donuthead deals with all the normal pressures of fifth grade, as well as a fairly advanced case of obsessive-compulsive disorder and a most unfortunate name. Franklin's fears control his every move and thought, and one of the book's most enjoyable sidelines is Franklin's friendship with Gloria, the chief statistician at the National Safety Department in Washington: "I avoid motor vehicles whenever possible. According to the National Safety Department, this is by far the most likely way to die as a kid. I also avoid all bodies of water (drowning's number two)." The 11-year-old is convinced that his arms and legs are slightly different in length, and keeps a daily log of their measurements. Into his extremely insular world comes a new classmate, Sarah, a rough tomboy who is his opposite in every way. Franklin's attempt to put distance between them are foiled by his mother's desire to help the girl, who clearly has a rough home life. Soon it is Franklin's turn to help Sarah who, like her father, cannot read. If the trajectory of this tale of empathy and growth is familiar, it's Franklin's engaging narration that will keep readers enthralled. Stauffacher's ( ) insightful novel offers a good-natured optimism as well as some hilarious asides from the obsessive hero. Ages 8-12.