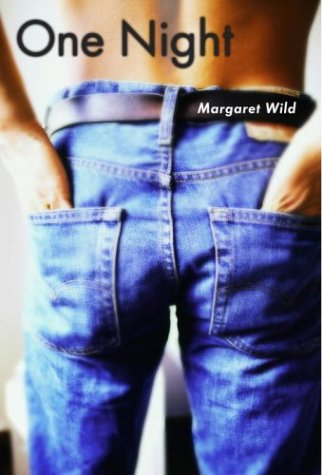 Australian author Wild ( ) pens a free-verse problem novel about two teens who accidentally become parents after hooking up one night at a party. The book divides into three parts, the first of which centers on Gabe, who's cold but has a self-proclaimed "devastating smile." He meets Helen, who has a "damaged face" but, he admits, "saw into my soul." In the next part, told mainly from Helen's perspective, she realizes she's pregnant but cannot get Gabe on the phone to tell him. After fighting with her dad, she leaves home and finds a new family in a rundown boarding house, where she begins raising her son. In the final section, Gabe and Helen reconnect, confronting their problems and their futures. Gabe and Helen don't have a monopoly on difficulties, either; Wild also dissects both characters' parents' marriages. And, among other characters, Gabe says his best friend Al's name is "short for Alan and Alcohol"; Helen's new landlady has a drug-addicted granddaughter; and one boarder keeps expecting his dead son to visit. The verse can be startlingly perceptive (Helen, unable to breastfeed her son, feels judged by other mothers who "unbutton their blouses/ with milky complacency"). The author quickly captures multiple voices and points of view, and while some plot elements strain credibility, the teen-pleasing insights and fast pace outweigh the soap-opera touches. Ages 12-up.