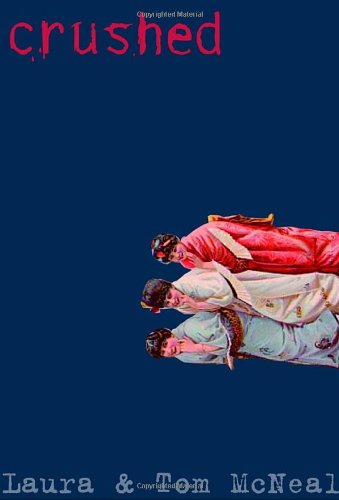 The McNeals ( ) again focus on teens facing a bully and caught in family drama in this engaging and complex—though at times overwrought—novel. When smart, rich Audrey Reed starts public school for the first time, the popular girls harass her, and "thug" Theo Driggs tells her she's on his "to-do list." But when confident Wickham Hill, with his southern drawl, transfers into Jemison High, she immediately feels a spark. Study dates quickly move to romantic ones, and although Audrey feels awkward about helping Wickham cheat on a quiz, just seeing him makes "everything feel okay again." Their romance hurts Clyde Mumsford, a shy, awkward boy with a crush on Audrey; but when he tries to reveal Wickham's dark past to her, she gives Theo ammunition to beat up Clyde. Told mostly in third-person narrative from Audrey and Clyde's perspectives, readers get to know their nearly unbelievable amount of problems (Audrey's widowed father seems to have lost all their money; Clyde's own mother is dying of cancer; Wickham is the product of a long-term affair between his mother and a rich married man). Some plotting doesn't gel (e.g., a teacher who makes a personal confession about her marriage to Audrey), and Theo and his cronies (including one that "wore a black jacket studded with chrome") seem two-dimensional. Ultimately, though, these authors carefully construct a compelling story about youthful mistakes—and how to make amends. Ages 12-up.