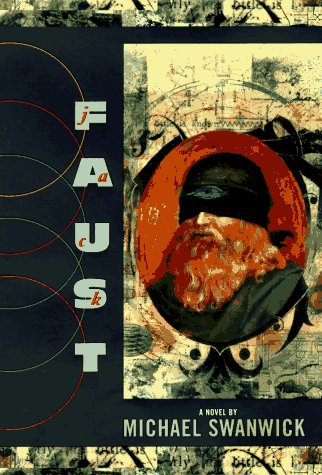 Set in Wittenberg, Germany, on the eve of the 19th century, Swanwick's vivid, off-kilter retelling of an immortal tale opens with Faust burning his books in frustration at his own ignorance, trapped in a time and in a city where things were done ""by magic."" Faust accepts Mephistopheles's offer of infinite and absolute knowledge. The knowledge he is given, however, is far more technological and overtly dangerous than he imagined. Isolated because of his untimely ideas, Faust has no companion except Mephistopheles. He accepts the devil's offer to see women naked, falls in love at the sight of virginal young Margarete Reinhardt, and is willing to do anything to win her. Faust approaches Margarete's father with get-rich-quick schemes, and essentially becomes a businessman instead of a scholar, learning that the best way to sell inventions is by applying them to military ends. Thus, in the name of love, Faust sets the world into a downward spiral of greed and war. Among other things, Faust's fall from grace results in mass production, corporations, movies, chemical weaponry, bombs and airplanes. The real agent of the destruction here, however, is woman. Adopting a curiously harsh, antiquated view of the faithlessness and rapaciousness of the female sex (Margarete becomes cynical and promiscuous), Swanwick portrays a Faust undone not by excess ambition, but by too much love. Intriguing and unsettling--the dialogue is 20th-century vernacular, as are many of the central issues, including abortion--this contemporary update of a classic story, by the end, becomes a comment on our culture's terror of those feelings and sensations not ruled by the intellect. (Sept.)
close
Details