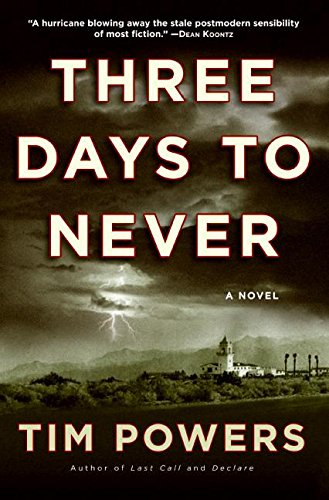 Powers ( ) delivers another top-notch supernatural spy thriller. When Frank Marrity's grandmother dies unexpectedly during 1987's New Age Harmonic Convergence, his 12-year-old daughter, Daphne, steals a videotape from the old woman's Pasadena house that turns out to be a Chaplin film long believed lost. Before Daphne can finish watching the film, its powerful symbolism awakens a latent pyrokinetic ability in her that burns the tape. Frank later discovers letters that prove his grandmother was Albert Einstein's illegitimate daughter. This comes to the attention of a special branch of the Mossad specializing in the Kabbalah as well as a shadowy Gnostic sect interested in a potential weapon discovered by Einstein that he didn't offer to FDR during WWII—a weapon more terrible in its way than the atomic bomb. In typical Powers fashion, his characters' spiritual need to undo past sins or mistakes propels the ingenious plot, which manages to be intricate without becoming convoluted, to its highly satisfying conclusion.