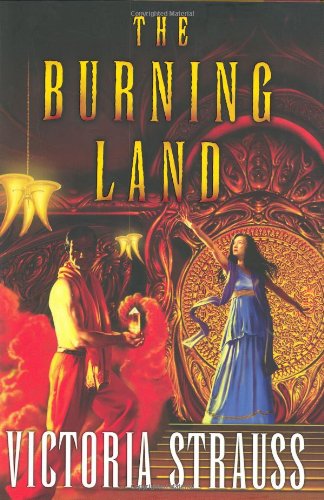 Two theocratic societies clash in this solid if predictable fantasy from Strauss ( ). Overthrown decades ago by an egalitarian revolution that quickly evolved into a totalitarian state, the Brethren of the Way of Ârata have regained power in the largest of the seven nations of Galea. The Brethren, incarnate Sons and Daughters of the First Messenger who revealed the Way of Ârata 12 centuries earlier, are aided by those gifted with the powers of Dreaming (astral projection) and of Shaping (the ability to transform inanimate material). Vowed Âratist and Shaper Gyalo travels south to investigate a rumored community of "lost" Âratists existing in the harsh and holy Burning Land. If Gyalo survives his perilous journey, he will discover an enclave called Refuge. The people of Refuge, guided by the revelations of their first leader, believe they are the last remnants of humanity. Gyalo's mere existence either challenges their faith or fulfills it. Axane, a daughter of Refuge's elected leader who has hidden her ability to Dream, dreams of Gyalo and his expedition. She recognizes her world is not as she has been taught. With both sides believing the other is blasphemous and heretical, disaster looms. The novel's interesting exploration of a messiah-like character's struggle with his faith outweighs the more melodramatic role of Axane, who's a standard fantasy heroine, strong yet vulnerable, obedient yet rebellious. In the end the author lays a firm foundation for an eventual sequel.