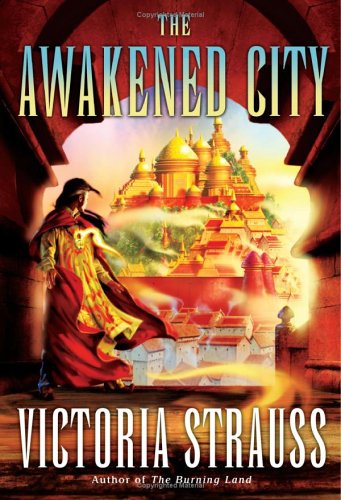 In Strauss's cautionary tale of religious mania, the gripping sequel to (2004), two men of the land of Galea, Râvar and Gyalo, vie for the role of "Next Messenger," the herald of Ârata, the principal but sleeping deity of a complex religion. Râvar knows he's a False Messenger, while Gyalo believes, with growing horror, that he may actually be the Next Messenger. Gyalo is more concerned, however, with rescuing his wife, the seer Axane, from Râvar, who kidnaps her as part of a plan to avenge the destruction of Refuge, a community of Âratist refugees. Through the two protagonists' opposing viewpoints, the author dramatically explores issues of religious oppression and transformation. While Strauss constructs the early part of the story to help the uninitiated and provides a glossary at the end, readers would do best to start with .