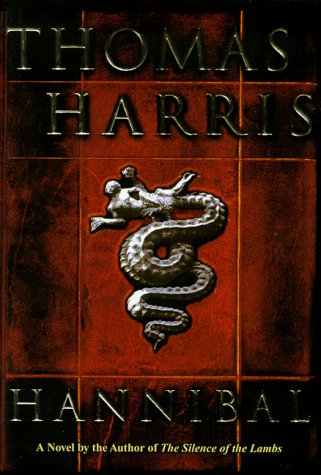 This narrative roils along a herky-jerky vector but remains always mesmerizing, as Harris's prose and insights, particularly his reveries about Hannibal, boast power and an overripe beauty. If at times the suspense slackens and the story slips into silliness, it becomes clear that this is a post-suspense novel, as much sardonic philosophical jest as grand-guignol thriller. Hannibal, we learn--""we"" because Harris seduces reader complicity with third-person-plural narration--is not as we presumed. The monster's aim is not chaos, but order. Through his devotion to manners and the connoisseur's life, in fact to form itself, he hopes--consciously--to reverse entropy and thus the flow of time, to allow a dead sister to live again. He is not Dionysius but Apollo, and it is the barbarians who oppose him who are to be despised. Hannibal may be mad, but in this brilliant, bizarre, absurd novel--as in the public eye--he is also hero; and so, at novel's end, in blackest humor, Harris bestows upon him a hero's rewards, outrageously, mockingly. Agent, Morton Janklow. 1.3 million first printing; film rights to Dino De Laurentis. (June)
close
Details