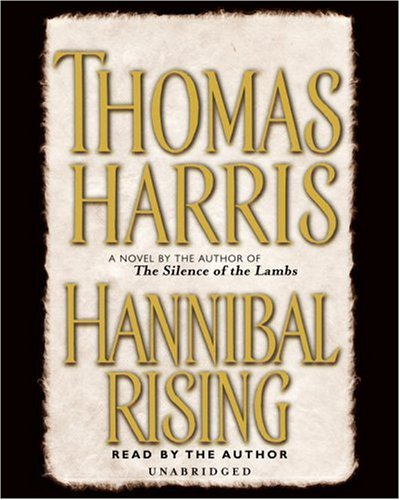 Harris returns to fiction's most famous cannibal in this prequel about the origins of the dark yet endearing villain, Hannibal Lecter. Torn from his family and ancestral home in Lithuania during World War II, Lecter witnesses the violent death of his sister, Mischa, which becomes the catalyst for his future devious behavior. Through glimpses of Lecter's early life, listeners discover how Lecter came to be such a highly educated and cultured man as well as a cold-blooded killer. While a condensed version might have worked as backstory to a larger novel, when stretched to novel length, it feels coerced and lacking in comparison to Harris's previous novels. Unfortunately, Harris's reading of the novel further hurts the story. Every "Hannibal" comes out as "Annibal" and Harris's accents for his different characters feel trite. When characters lack accents, they all sound generic including Hannibal himself. Harris keeps a moderate rhythm and pace, but his voice doesn't capture the mood and tone that reverberates from a menacing person such as Lecter. Harris's demeanor is light and friendly where it should be dark and brooding.