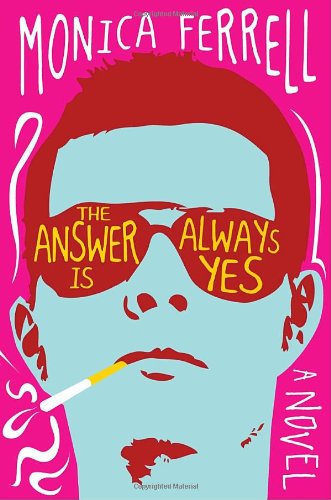 The Answer Is Always Yes

With a Stegner Fellowship and some big-name poetry publications under her belt, it's not surprising that Ferrell delivers a stylized and exuberantly written debut novel. Matthew Acciaccatura begins his freshman year at NYU determined to become cool. As it turns out, Matthew is the fixation of Hans Mannheim, an incarcerated German professor who annotates the novel with his increasingly creepy thoughts on Matthew's quest. Ferrell and Mannheim track Matthew's ascent up the ranks of New York hip, culminating in his transformation into “Magic Matt,” the promoter of über-hot club Cinema. As his last name suggests (acciaccatura is a note that creates dissonance within harmony), Matthew's new job takes some ugly turns; they are unexpected by Matthew and those close to him, but painfully anticipated by the reader. Ferrell is at her best when focusing on language and the explosive emotions that accompany jaded youth and idealism. Less successful, however, is Mannheim, whose most remarkable aspect is how caricatured he is. The writing is fabulous, but it's unfortunately in service of a lackluster plot and gimmicky structure.