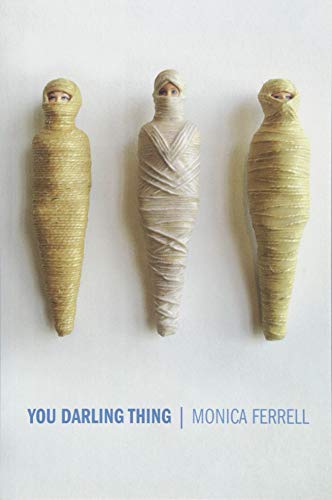 In this long-anticipated follow-up to 2008’s Beasts for the Chase, Ferrell renders familiar literary tropes suddenly new, surprising, and dangerous again. Presented as an extended sequence of spare, self-contained persona pieces, this collection culls text, imagery, and inspiration from numerous works of art, situating an array of historical references within a decidedly postmodern philosophical terrain. Indeed, the heroines of these vibrant lyrics frequently court danger amidst the ornamentation that surrounds them. For example, Ferrell writes in “Glacier,” “Every sixteen-year-old girl likes/ A murderer for an admirer, his eyes on her from the hotel’s// Third-floor balcony as she lugs her skis from the slope.” Here, “astonishingly exact” rules of decorum and décor give rise to boredom and, in the end, self-destructive impulses. The poem’s neat couplets, and Ferrell’s subtle departures from this familiar form, speak to these questions of containment, especially when considering women’s voices and lived experiences. As the collection unfolds, Ferrell uses other forms derived from a predominantly male artistic tradition to convey a sense of female ennui. She elaborates, “Somewhere a mutiny is tearing loose from/ Its tree like ripe fruit;// But as for now, little boarder, orphan, we’re here in this pavilion/ Briefly.” Throughout this striking collection, Ferrell balances elegance and chaos, beauty and urgency, lyricism with a veiled threat. [em](Oct.) [/em]
close
Details