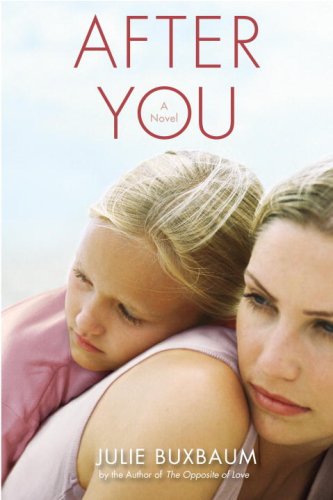 Like her debut, , Buxbaum’s second novel concerns a woman struggling with devastating loss. When American ex-pat Lucy Stafford is killed by a mugger, her lifelong best friend Ellie Lerner drops everything to fly to London. Ellie stays on after Lucy’s funeral to care for her friend’s eight-year-old daughter, Sophie, who witnessed her mom’s violent death and has since retreated into silence. Ellie also worries about Lucy’s husband, Greg, who confesses that he “can barely even look at” his daughter; her own divorced parents’ on-again, off-again relationship; and her long-suffering husband, waiting for her in the Boston suburbs. Ellie finds London as much a refuge as a place of mourning; she’s been unable to move past the birth of a stillborn child and feels the need to “borrow” Sophie. As she uncovers more of Lucy’s life, Ellie finds her own spinning out of control, and soon she’s forced to reassess even her deeply held certainties. Buxbaum skillfully handles this tale of grief and growing, resonant with realistic emotional stakes and hard-won wisdom.