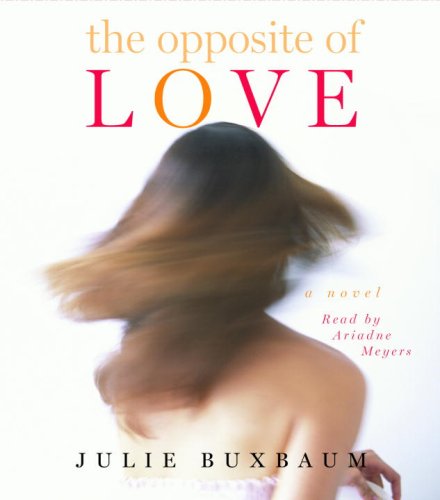 The Opposite of Love

Ariadne Meyers gives a masterful performance of this realistic novel about Emily, a young woman whose life is unraveling: she breaks up with her longtime boyfriend, hates her job, and her beloved grandfather is dying. Meyers inhabits the role perfectly, conveying all the nuances of Emily's character: her doubt and confusion, anger, love and vulnerability. Meyers especially shines in Emily's monologue to her late mother's tombstone that starts out joking as a defense mechanism, then gets serious and then gradually starts to break down, her voice trembling and full of tears. Meyers also creates distinctive, authentic character voices—the elderly, New York–accented tones of Emily's grandfather and his female friend Ruth; Emily's two closest female friends, including a scene in which one friend is drunk and sobbing; her smug, lecherous boss; a backstabbing co-worker; a Russian diner owner; and a soothing psychologist. She switches seamlessly between the voices during conversations without missing a beat. The abridgment is likewise seamless. This excellent production is a must for chick lit fans.