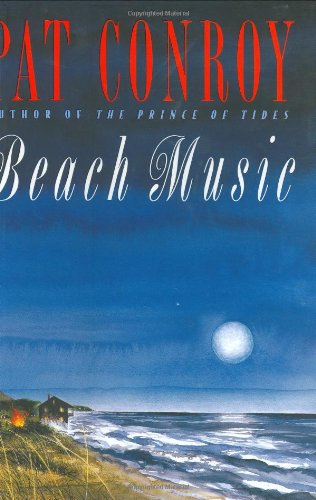 Booksellers and other vitally interested parties can quit holding their collective breath: Conroy has not lost his touch. His storytelling powers have not failed; neither has his poetic skill with words, nor his vivid imagination. His long-awaited sixth book sings with the familiar elegiac Southern cadences, his prose is sweepingly lyrical (if sometimes melodramatic), unabashedly sentimental (if sometimes indigestibly schmaltzy). The hero, Jack McCall, describes himself as a man on the run from his past: the suicide of his beloved wife; the destructive influence of his icy, manipulative mother and mean, bullying, alcoholic father; the betrayal of his youthful ideals, his faith in the Catholic Church, his boyhood friends. There is, of course, the familiar theme of dysfunctional families; in addition to the McCalls, two other family units vie for the dubious title of most messed-up. But Conroy has added a new element here, by dramatizing his conviction that the ``unbearable wound'' of Vietnam was our country's spiritual Holocaust. Conroy takes on these emotionally laden issues in chapters so direct and powerful that readers will be moved by his intimacy with the material, and perhaps astonished by his authority over it. Conroy meshes complex plot lines with ease. Jack, a food and travel writer, fled with his toddler daughter, Leah, to Rome in 1982 in the wake of his wife Shyla's suicidal jump from a bridge in Charleston, S.C., and her parents' subsequent lawsuit to deny him custody of Leah. He returns home some years later because his mother is dying of leukemia. In addition to becoming embroiled in family tension, he begins a slow process of reconciliation with Shyla's parents, who eventually tell him the stories of their respective Holocaust experiences; with his first love, Ledare Ashley, now a scriptwriter employed by their youthful chum, Mike Hess, to write a screenplay of their growing-up years; and with his parents and siblings. He witnesses the return to Waterford of another friend, Jordan Elliot, who has been presumed dead for 18 years after he was accused of murder during a protest against the Vietnam War, and who was betrayed by the fourth member of their boyhood clan, Capers Middleton, who is now running for governor of South Carolina. Though the book suffers from some florid digressions (a fish story that makes Jonah's adventure seem tame, a totally inappropriate shaggy-dog tale), it is always passionately sincere. Conroy's dark humor has its usual sardonic edge, and his characters' rat-a-tat repartee is laden with casual obscenities and jocular insults. As expected, the characters are larger than life-impossibly beautiful, romantic, witty; in particular, Jack's precocious daughter may seem too mature, sweet, graceful, poised and smart to be true. In the end, of course, as Jack understands that everybody in his life carries a tragic secret equal to the anguish he bears, he achieves healing in the very community, and the very South, he had been determined to leave forever. 750,000 first printing; Literary Guild and Doubleday Book Club main selection; author tour. (July)
close
Details