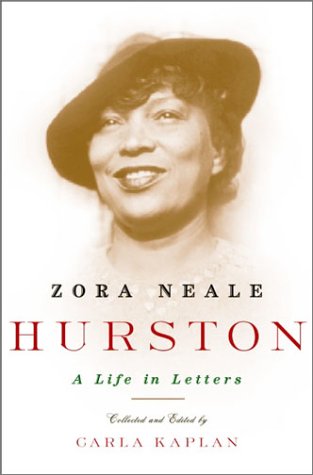 Many of the questions that Hurston scholars have asked are addressed, and occasionally answered, in this momentous collection of letters by one of the leading figures of the Harlem Renaissance: Why did she constantly alter her age? Did she take a job as a maid toward the end of her life out of desperation or, as she claimed, for a lark? Why did she switch from writing about blacks to writing about whites? And why didn't she ever write anything about her teen years? Kaplan, a leading Hurston scholar at the University of Southern California, calls the letters "one of the few existing sources of personal commentary by a black female intellectual on American life and literature." Spanning the 1920s to the 1950s, Hurston's letters reveal an energetic writer of many voices. The collection includes confiding, sharp-tongued missives to close friends Langston Hughes and Carl Van Vechten; correspondence with Franz Boas, one of the fathers of American anthropology and Hurston's mentor at Barnard College; and her saccharine (and perhaps ironic) notes of gratitude and supplication to wealthy white patron Charlotte Osgood Mason. A portrait emerges of a heterodox woman who alienated many of her supporters with her increasingly conservative politics and was hampered all her life by financial troubles and romantic disappointments. At 864 pages, this volume contains numerous mundane letters, but it is a comprehensive document of the notoriously unself-revealing woman, beautifully executed. Illus.

Wrapped in Rainbows: The Life of Zora Neale Hurston,