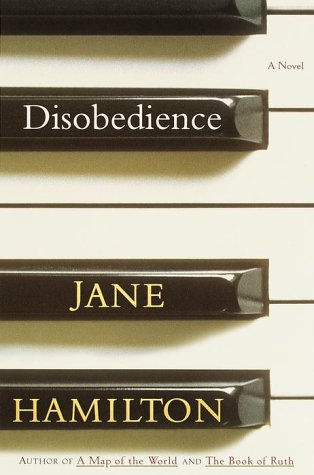 Credit Hamilton with courage, virtuosity and a remarkable ability to reflect inner lives. Her first novel, The Book of Ruth, was the unsparing story of a girl trapped in woeful circumstances; the protagonist of her second, The Map of the World, was a woman responsible for a child's death; the narrator of The Short History of a Prince was a gay man. Here she again explores family bonds and tensions, the demands of sexuality and the ethics of betrayal (not an oxymoron)Dthis time from the point of view of a teenager who discovers that his mother is having an affair. Henry Shaw is a high school senior when he intercepts e-mail messages between his mother, Beth, a musician and specialist in ancient music, and violin maker Richard Pollico. As he secretly eavesdrops on the liaison between ""Liza38"" and ""Rpol,"" Henry's emotions, ranging from horror to fear of abandonment to rage to deep sadness, take on a new dimension when he himself falls in love with a girl he meets in summer camp. Meanwhile, his generally bemused and patient father, Kevin, a high school history teacher, seems unaware of Beth's infidelity, since he spends much of his time coaching Henry's rebellious sister, Elvira, 13, who is obsessed with her desire to join a Civil War reenactment disguised as a boy. A mirror image of A Short History's protagonist, Walter, at the same age, Elvira displays an unhappiness with her gender that causes stress in the Shaw's marriage. As she has amply demonstrated before, Hamilton knows the nuances of domestic relationships and the landscape of teenage uncertainty. Henry's voice is exactly right: he's a thoughtful, intelligent boy whose hormones are sending him confusing messages, and whose tendency is to mock both parents with typical teen sardonic humor. Henry's funny quips are actually quite sad, because they mask his sorrow at the severing of his close bond with his mother, and his discomfort at secretly being aware of her illicit passion. Beth's joyous reaction to physical love and her anguish at how her behavior, if revealed, might affect her family, are likewise rendered with compassion. In a miracle of empathy, Hamilton manages to grant psychological validity to all the members of this ordinary-seeming but emotionally distracted family, and to strike the reader's heart with her tender evocation of both human fallibility and our ability to recover from heartbreaking choices. Author tour. (Oct.)
close
Details