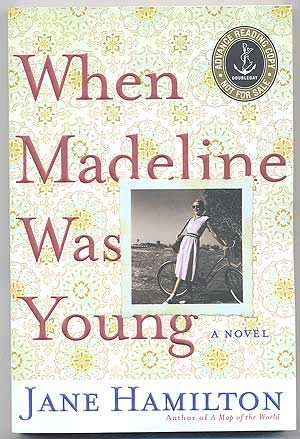 When Madeline Was Young

An unusual ménage poses moral questions in this fifth novel (after ) from Hamilton, winner of the PEN/Hemingway Award for . Aaron and Julia Maciver are living in a 1950s Chicago suburb with their two children—and with Aaron's first wife, Madeline. Aaron has insisted on caring for Madeline after she suffered a brain injury soon after their wedding, leaving her with the mental capacity of a seven-year-old. Refusing to consider this arrangement inconvenient, Julia treats the often-demanding Madeline like a beloved daughter, even letting her snuggle in bed with Aaron and herself when Madeline becomes distraught at night. Decades later, the Macivers' son, Mac, now a middle-aged family practitioner with a wife and teenage daughters, prepares to attend the funeral of his estranged cousin's son, killed in Iraq, and muses about the meaning, and the emotional costs, of the liberal values of his parents. Hamilton brings characteristic empathy to the complex issues at the core of this patiently built novel, but the narrative doesn't take any clear direction. Though Mac suggests there are "gothic possibilities" in his parents' story (partly inspired, Hamilton says, by Elizabeth Spencer's ), the Macivers' passions remain tepid and unresolved, and Julia remains an enigma to her son.