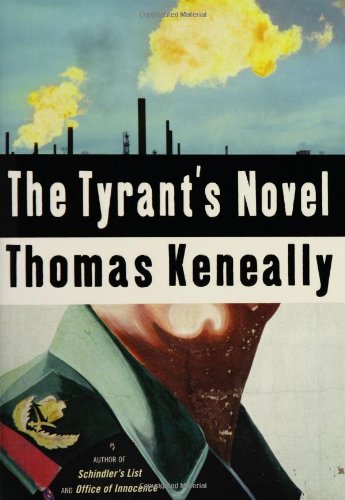 In this gripping political allegory, the author of examines a more contemporary instance of people trying to survive in the ethical quagmire of totalitarianism. The protagonist is Alan Sheriff, a writer living in a nameless desert country ruled by a despot who styles himself the "Great Uncle" and who bears an uncanny resemblance to a certain recently deposed dictator. A member of the Westernized cultural elite with a fat book contract from Random House, Alan feels himself immune from the political pressures and poverty surrounding him. Then one day he is whisked off to receive a commission from the tyrant himself: to ghostwrite a novel for Great Uncle that will undermine support for sanctions in the West—on a quite literal one-month deadline. Fearing for himself and his friends, torn between remaining in his gilded cage or striking out for a precarious existence abroad, Alan must make agonizing compromises with the truth and his art. Keneally treats this potentially lurid scenario in a realistic and enthralling fashion that fully humanizes all the characters, secret police goons included. In his hands, the cliché of the suffering artiste struggling to avoid selling out takes on real depth and pathos. This is an exquisitely wrought study of moral corruption in a convincing—and frighteningly modern—political dystopia.