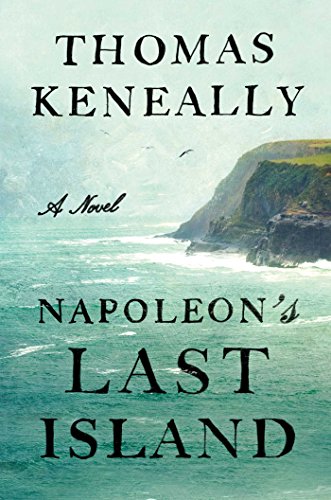 Australian author Keneally (The Daughters of Mars) once again uses fiction to illuminate a little-known aspect of history. In 1815, Napoleon Bonaparte is exiled to the English-governed island of St. Helena. His residence not yet ready, he and his retinue are taken in by William Balcombe, a representative of the East India Company, who has two daughters, Betsy and Jane. The Balcombes, as well as everyone else on the island, find Napoleon to be a charming houseguest, instead of the Great Ogre. But 13-year-old Betsy, smart and independent-minded, is not so easily won over, and her relationship with the former emperor is initially fractious. Eventually, though, their friendship becomes the talk of the island. Then, a new governor to St. Helena, Sir Hudson Lowe, cracks down on Napoleon’s life in exile, cutting his household budget and staff and confiscating Christmas gifts, and even the Balcombes are made to suffer. Ultimately, a shocking scene forces Betsy to reevaluate everything she thinks she knows about her parents, her neighbors, and her new friend. Narrated by Betsy, Keneally’s book gives readers a persuasive account of this precocious teenager’s view of the world’s most infamous man. He makes Betsy an engaging and witty presence, and he charts her destiny into her post–St. Helena existence, where the short general’s long shadow continues to affect her life. Like the late E.L. Doctorow, Keneally adapts his style to suit his subject matter, and here the high formality of 19th-century journal-keeping helps bring alive the bittersweet last days of Napoleon. (Oct.)
close
Details