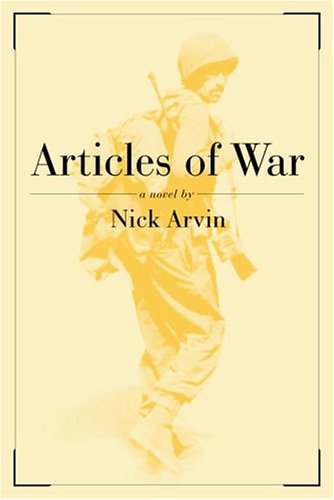 This fierce, compact tale of one grunt's war takes readers to the same time and place—the woods of northern France in 1944—where Vonnegut's Billy Pilgrim was captured by the Germans. George Tilson, aka Heck, is another awkward, uncertain American 18-year-old mobilized from America's heartland to the European theater. Disembarked in Normandy, he meets a struggling French family: a one-armed painter; his daughter, Claire; and son, Ives. Claire nearly takes Heck's virginity, but he fumbles her seduction in a fit of fear. He's then trucked off to battle, where he experiences real panic under bombardment: "The noise was like nothing he had ever experienced before, a noise such as might be used to herald the beginning of a terrible new world." Heck is halfway through his nightmarish advance through a forest peppered with German snipers and booby traps before he fires his gun in anger, and that's only to kill the company dog. His second shot comes when his company sergeant, Conlee, an ex-foxhole mate and one of many to mark Heck as a coward, enlists him in an unexplained but horrifying mission. Arvin's first novel is an elegant, understated testament to the stoicism, accidental cowardice and occasional heroics of men under fire. .